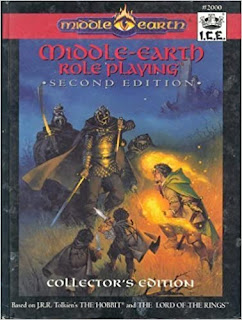 This is part of an ongoing campaign. You can find the other sessions over on the sidebar.
22 Cerbeth F.A. 15
The fellowship entered the sewers with the goal of making their way to the chambers underneath the rubble of the fortress in hopes of finding a way into the ancient Great Vault that existed there at the time of the Kinstrife War. The sewer tunnels were about five feet in diameter and opened a few feet above the floor in the intersection chambers. The chambers all had two to three feet of water in them. There pipes and chambers were also intersected by many smaller pipes and occasional small grates above. 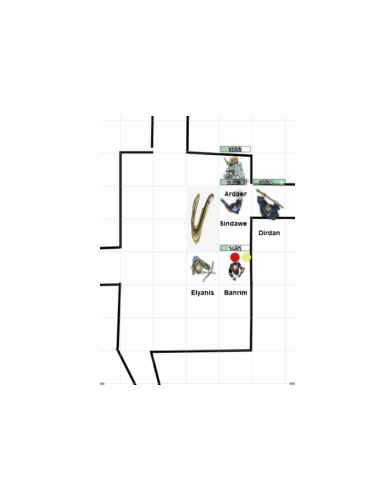 Early in their exploration, they encountered a twelve foot long eel that was very aggressive. They managed to stun lock it and defeat it, but Sindawe took significant damage early in the fight. After the battle, they headed north and reached a dead end. They returned to the room where they fought the eel and decided to search it before moving along. Ardaer kicked something metal under the water, but they were not able to locate it by groping around in the sewage. 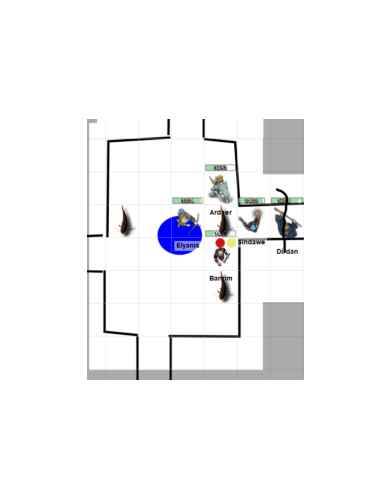 They headed north and west in hopes of finding a way around the dead end to the fortress. After a while the tunnel curved around to the northeast and entered a junction chamber. Eyanis rushed in and quickly found herself surrounded by Wels, giant, aggressive, catfish-like fish. Banrim jumped in to help, but took a tough shot from behind when flanked. Dirdan managed to put one Wel to sleep and got a lucky crit with a shock bolt on another, turning the tide of the fight.
After taking a moment to recover, they examined the large grate in the ceiling that clearly opened to the surface. They managed to fix their position with the hope of being able to use this grate to return to the sewers later if they needed to leave to rest. They continued on to the north and east, eventually coming to a chamber with a grate in the ceiling that, by their reckoning, was under the wall of the fortress. 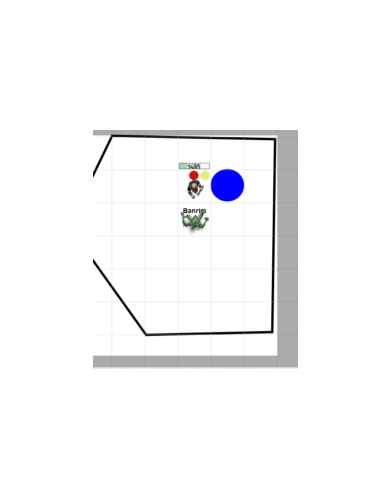 Ardaer and Dirdan managed to lift the grate up and boost Banrim up into the chamber above. As soon as he emerged from the hole in the floor, he was attacked by a frog-like biped. Banrim took some heavy damage before Dirdan was able to kill it with a shock bolt from below.
They decided to head back to town to heal up. On the way back, they searched for the item Ardaer had kicked under water earlier and found a horn.